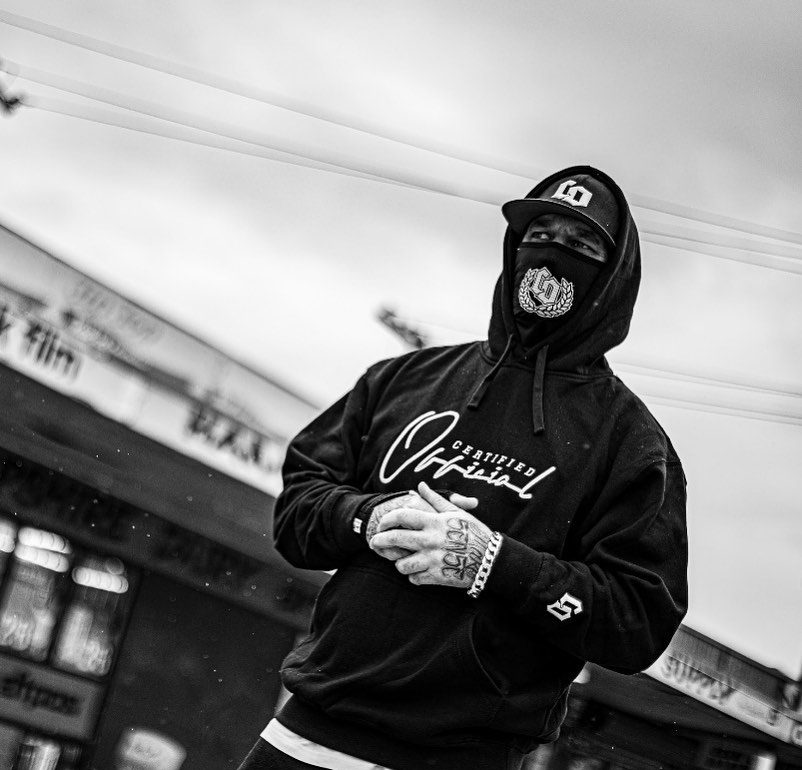 Tails of an Inmate

Talking to him from his bed at Christchurch Hospital, where he was recovering from major surgery, it’s clear that Mark Tawha has a way with words. Not only in the way he tells his story and talks about his brand – but also in the way he so clearly appreciates the impact, symbolism and weight each word can carry.

It’s something he’s thought a lot about over the past couple of years. And that careful consideration has resulted in a brand that is resonating powerfully with men in Aotearoa, and around the world.

“I guess you could say I grew up pretty rough, in and out of family homes,” says Mark, recounting how trying to find his way without family lead to him getting into trouble in his youth.

A stint in youth prison led to time in “the Big House” – but even in his darkest hours Mark persevered in his belief that there could be something better out there for him. “I was trying to find some stability in life. I started a few businesses that didn’t work out, but I kept going. I thought about what felt authentic to me.

People have always said I have a knack for looking fashionable and putting good outfits and looks together.” While most people building a clothing label might jump right into the aesthetics, Mark spent a lot of time considering real meaning, and how he wanted his streetwear to make people feel. “I was looking for something authentic, and the strength of that word. I’m known for being authentic, and I align myself with that ideology.” When that particular word was already taken by another brand, Mark played around with other words that conveyed the same kinds of feelings.

“I was really focused on the meaning behind it, and what it could mean to other people. Certified Official fit, and combining those two words doubles their strength. And it rolls nicely off the tongue.”

So, what does Certified Official – a brand and style of clothing he describes as simple, sleek, slim-lined and effective – mean to Mark; the man behind the brand? “The message has evolved to be, certified in the streets, official in the game. To me, it’s about being a leader in whatever you choose to do – whatever you love, and whatever your passion is. It’s about leading and being better. “I’m certified in the darkest parts of the streets, and official in the fashion game and in business.”

Two years in the making – and with 2000+ followers on Instagram, support from Kiwi celebs and a lot of anticipation surrounding Certified Official’s official launch this month – you’d think Mark would be balls-deep in press releases and
media kits right now. Instead, his focus has been on ensuring the brand walks-the-talk: staying true to his vision of making a difference in the lives of fans by supporting Kiwi social media legend Loupac’s recent Movember fundraising campaign.

The campaign raised over $5000 for men’s mental health, which is a cause close to Mark’s heart. “It’s been a hard couple of years for me personally, so it’s really rewarding to be part of something that gives back. And that’s an important part of Certified Official’s philosophy as well. It’s not just a clothing brand, it’s also a platform to influence young men and help them.”

When asked how much of his personal story he’s happy to share, Mark’s unwavering belief in being authentic shines through. “My story is part of what sells the clothing, and I’m not ashamed of where I’ve come from. I am who I am, and what I’ve been through has made me who I am today.” Whatever their circumstances, Mark’s advice to Kiwi men is simple. “I guess, what I want people to take away from my story, is just perseverance. Being consistent. Believing in yourself. It doesn’t matter where you start from or what trials you go through – keep your head down and don’t fold for anyone. Know that somewhere along the line there’s something better for you.

“There was for me. I’ve come to a place where I’m comfortable with my story and my place in life, and even happy.”