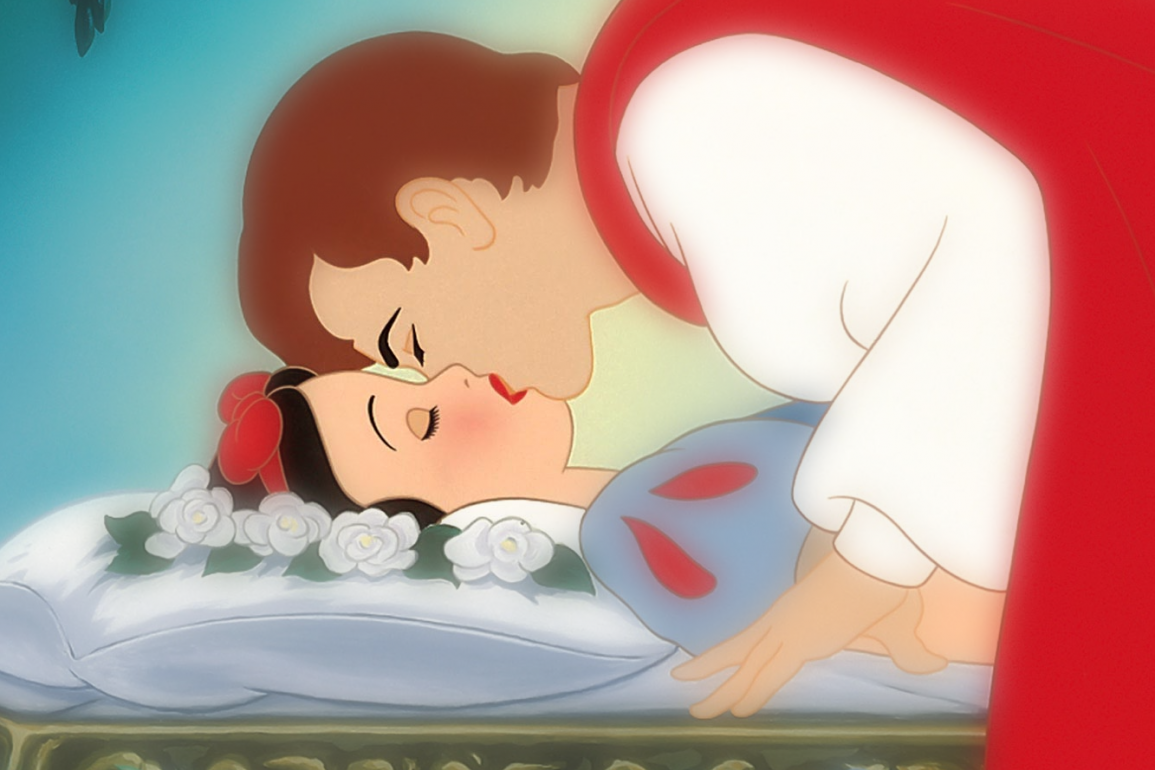 Snow White’s Prince is the latest victim of ‘Cancel Culture’. But do the ‘wokies’ (‘woke’ people – not to be confused with hairy Star Wars wookies) have a good point about consent?

In case you missed the myriad of articles bemoaning the whole ridiculous debate earlier this month, let us catch you up. Disneyland finally reopened at the end of April after being closed for more than a year due to the COVID-19 pandemic. During their closure to the public the park spent time upgrading and adding rides and attractions – including a newly revamped Snow White ride which featured a new ending. The previous ride, which launched in 1995, was deemed by many parents to be too scary for kids. FFS. The new ride sought to fix this problem by ending with the famed ‘true love’s kiss’ from the original 1937 film.

Basically, the Prince kisses Snow White to bring her back from a never-ending slumber. Some have been quick to point out Snow White is asleep, and therefore can’t consent to the kiss – making the whole sitch a bit rapey.

Here’s what happens in the movie:

According to critics, the problem with Snow White and the Prince, is that it teaches children it’s okay to go around kissing people who are asleep/ not able to consent, and therefore feeds into rape culture. Even if Snow White is in love with the Prince, he’s kissing her without asking for permission.

Honestly, given the Prince thinks she’s DEAD, we’re not sure how this hasn’t stirred up questions about necrophilia, as much as consent.

Disney Imagineer Jim Shull, who has worked for Disney for over three decades, offered his thoughts on the controversy via Twitter:

“Allowing for the fact that cultural changes occur over decades it must be acknowledged that in the context of the tale on which the film is based that the ride is accurate. People are of course allowed to dislike the story but the Imagineering team did a spectacular job!”

Which is pretty much the equivalent of saying the ride is all g-in-the-h because no-one really thought about consent in the ‘30s when the film was made. Shull may as well have tweeted ¯\_(ツ)_/¯ and been done with it.

So, the question for the modern man remains: Is the Prince a monster? Should the dwarves have chased him, torches and pitchforks in hand, to the local PD? Putting aside the fact that we’re talking about a MADE-UP FAIRY TALE, the problem with the whole argument is that it totally ignores common sense and the notion that, if the Prince didn’t bother to give Snow White a peck goodbye, she would have stayed dead. FOREVER. Do you think Snow White would have chosen death over a quick kiss from a boy she already fancied? Is the Prince’s life-saving kiss all that different from an act of CPR? If he’s found Snow White unconscious after a medical event, should he have abstained from mouth-to-mouth resuscitation?

If we’re saying ALL pecks to snoozing people are problematic, does that mean it’s no longer acceptable to give your better-half a kiss goodbye in the morning when they’re still half asleep?

It’s all fucking ridiculous. BUT, through all the ridiculousness – and as much as it pains us to say – the wokies do, actually, have a point. Disney’s Snow White was made 84 years ago, and that was based on a Brothers Grimm tale published in 1812. Our collective understandings about gender and sex and power have changed – A LOT – including what it means to have, or give, consent.

Kids should know it’s not okay to kiss someone who’s unconscious. And, as much as we eye-roll, can we really disagree with that?

Unless (a) the person we’re kissing is AWAKE and clearly wants to kiss us back, or (b) there’s a medical emergency and we’re sealing our mouths over someone else’s to perform life-saving CPR, let’s all just agree to keep our lips to ourselves.