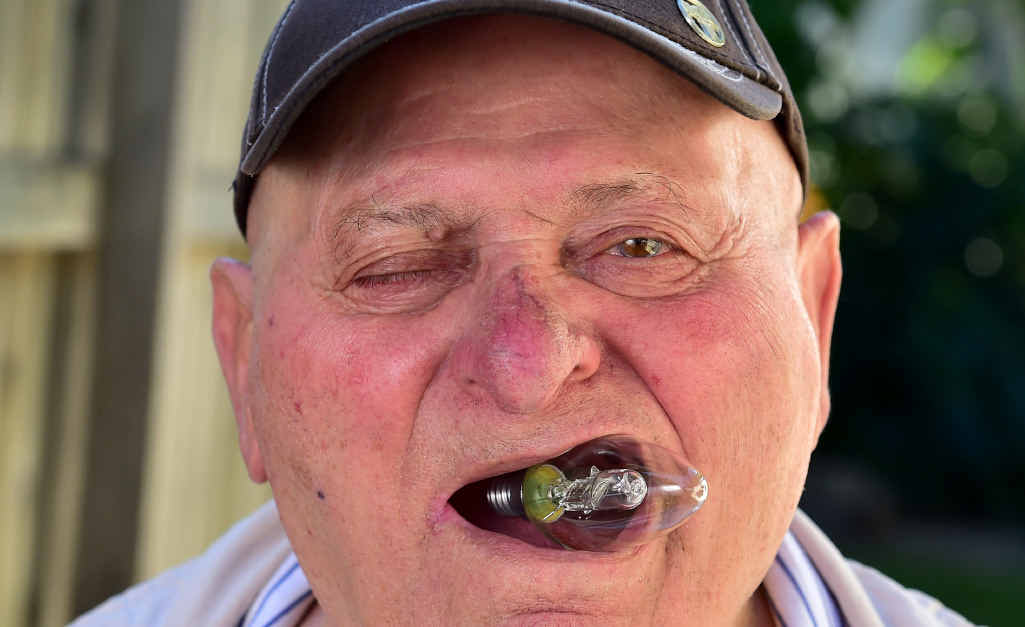 GREEK-BORN STRONGMAN, LEON SAMSON ONCE TOOK ON A BET WITH A GREEK

BUSINESSMAN THAT HE COULD EAT A WHOLE CAR IN FOUR YEARS.

In two years (one doctor predicted he would be dead in nine months) he managed to eat the whole outer body of the car (model unknown).

“I cut the steel into small pieces before I swallow it,” he told the Newcastle Sun in 1969.

But the story sort of stops here.

Leon, or Samson as he became known (neither his real, Greek name) came clean, aged, 83. “I moved to America and the car stayed here — it probably rusted somewhere in the bush,” he said. Fortunately he never did get to the engine.

A man of steel with a whole lotta appetite.