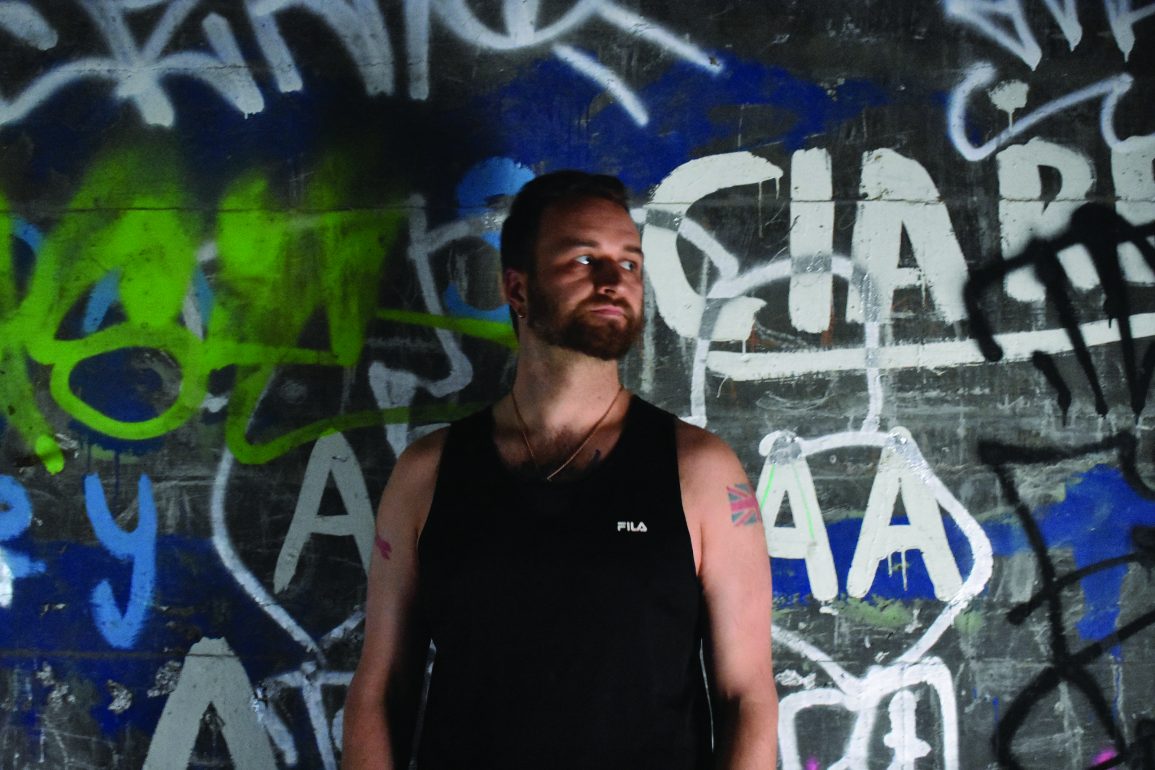 In The Dogbox writer Michael Botur has his powerful novel Crimechurch entered in this year’s Ngaio Marsh Awards for Best Crime Novel.

The award-winning author told In The Dogbox that Crimechurch, published by Rangitawa Publishing, is a literary fiction novel inspired by looking back on his youthful troublemaking days in the Garden City and reflecting on how and why some of his friends and foes ended up in prison or dead.

“I reckon I’m probably the only author amongst the Ngaio Marsh entrants who has lived experience on the wrong side of the law,” Botur says.

“That’s why one of the first authors I reached out to to get behind the book was Once Were Warriors author Alan Duff. Did you know Duffy went to prison in the UK after he got himself in some shit? I doubt everybody knows Alan Duff is the real deal. He can fight, he can write, and he’s made things right. That’s why he’s so important to New Zealand literature. Everybody else sits up in their ivory tower and never goes down on the streets. But Alan keeps it real.”

Botur told In The Dogbox his novel is about “a pair of troublemaking white boys from Hillmorton” while Duffy is best known for writing about Rotorua Māori.

The main thing the men have in common is a fascination for the factors that inspire young males to violently compete with one another, especially between the ages of 18 to 25.

Botur shared the Alan Duff interview with In The Dogbox.

It’s been 30 years since Alan Duff published the book Once Were Warriors and 25 years since the film version broke New Zealand box office records.

We’ve hit 2020 and we still have a country with domestic violence, street violence and terrorism.

BOTUR: Crimechurch is about four principal male characters, each more violently competitive than the last. They all subscribe to a code whereby it’s acceptable to dish out beatings and bombs and bottlings because they believe other people are threatening them. I call this the Male Code. What other features do you think there are in the Male Code?

DUFF: In Once Were Warriors I call it the House of Angry Belonging. I have the initiation ceremony for one of Jake’s sons and the gang leader screaming in the kid’s face ‘This is your family!’ He just wants to go to Grace’s funeral and here’s this big oaf screaming in his face. So violent groups are a family unit for loveless people. It’s more than honouring some code.

Male codes have never changed. It’s got nothing to do with men trying to outdo each other. It’s about men growing up with no love. It’s not lost values. Why do you think kids from middle class families don’t go and join a gang? 1) They don’t need to and 2) They’ve been brought up being told they are individuals and there is a beautiful life for them.

Your book One Night Out Stealing has a scene where the Pākehā protagonist Jube is beaten up by a white gang for associating with Sonny, who is Māori. When it comes to the code of violent male honour, do you think there is any difference between Māori and Pākehā conceptions of what’s acceptable?

No. It’s not an ethnic thing. It’s the outlook. The white gang members don’t like the brown, but the brown ones also don’t like their fellow gang members. I had Jube beaten up to show his stupid misread of situations. He just doesn’t get it. I had him beaten up because like all criminals who can’t be told they’re all as idiotic as each other. I don’t think you should call it code of honour – it’s a code of dishonour. Anything that is dishonourable, they think it’s so cool. I’ve been locked up with them so I know this from a firsthand experience, since I was a 13 year old. I know how they think.

Do you think people wanting to be dishonourable will ever change?

Nothing changes unless there’s a will to change it. Oafs and fools and buffoons are doing nothing to change it. There’s a bit of tokenism but their code is still violence and disrespect to women and ignoring or abusing women. They worship at the altar of violence: they think violence is fucking cool. But so did Jake Heke when I wrote it way back in 1990. I had Jake say “I just woke up and I want to fucking punch someone.”

Once Were Warriors was so influential on me. I remember trying to emulate or copy it back in 2004. When I read that book it left a big impression.

We all do that. We all copy the people that really impress us as writers until you find your own style. I think you’ve found your own style and that’s why I’m talking to you. I haven’t endorsed a single other writer in 29 years.

Struth… Alan, have you had violence in your past and if so, what caused you to stop taking part in violent situations?

It’s called looking in the mirror and listening to wiser heads and realising what an awful hideous ugly thing it is.

Yeah, I had anger management in 2013 and 2016. A good hard look in the mirror from someone who confronted me helped point me in the right way.

You can’t just have someone pointing the finger – it’s got to be someone you respect and listen to.

What’s the most regrettable thing you’ve ever done to prove your manhood?

I don’t regret anything. What’s the use of regretting when you can’t change it? You can only change what you become.

Do you think we will have less violence in the future? If so, why?

Do you feel we need to stop real life Jake the Musses and Jubes and Jimmy Bad Horses? If so, what’s the solution?

No, you can’t stop them because you can’t stop the backgrounds they come from. Well, the way you lessen their numbers is you change the background they come from and therefore the thinking. You’ve got to change the culture that venerates or condones violence. You’ve got to change it so they think the only way ahead is to be educated, to love and make sacrifices for your children and think beyond your own selfish hedonistic needs. That’s how you stop them. Right now if you let it go on, you’ve got zero chance. They’re still out there. They’re in countries all over the world, not only in New Zealand.

Are men born instinctively knowing violent solutions to problems, or is it learned behaviour?

I think we’re born instinctively violent. I watch kids and I see kids lash out from a very young age. When they want something, when they want the bit of cake some other kid has got they’re gonna get it come hell or high water. They’ll snatch it, they’ll hide it. It’s human nature.

It’s more violent than what we admit – way more violent than France or Germany or anywhere I’ve been to in Europe. The Germans had those periods of WW1 and WW2 where they were epically violent, their nations went mad, particularly in WW2. Now they’re seemingly passive, pacifist people… but I’ve got a more cynical view of human nature. I’ve talked at length to countless people who have been on the wrong side of the law. I know so many are just aching to change but they don’t know how and they don’t know where to start. They’ve confided in me hundreds of times since Warriors came out, they all say the same thing: “My old man was worse than Jake and I grew up so fucked up. I’m a bit like Jake myself but I don’t know how to change or where to start.”

What can solve crime and antisocial behaviour?

I think there’s a group of professional people paid to send out bad news because it’s in their monetary interest to say ‘The reason all these people are raping and murdering is because of poverty.’

I said to a school group of almost totally Polynesian school children the other day, ‘Don’t believe in this nonsense about poverty. Go knock on the door of your local Indian dairy owner or shop, ask them if you can sweep or clean the shop.’ You get all these negative messages from professional soothsayers. One Māori leader after another says it. Yes I know land theft took place on a massive scale. There’s no question about that, but Jesus Christ: stop telling us we’re poor and that’s why we’re behaving like this. How come the poor Vietnamese and the poor Chinese and Indians and Pakistanis that come here– they’ve come from $2, $5 a day cultures and they come over here and think ‘Our family unit, we’re going to set up a shop and I’m going to work my way out of it.’ There are too many negative messages.

Read Crimechurch by checking it out of Christchurch City Libraries or order a copy from https://nzshortstories.com/crimechurch/