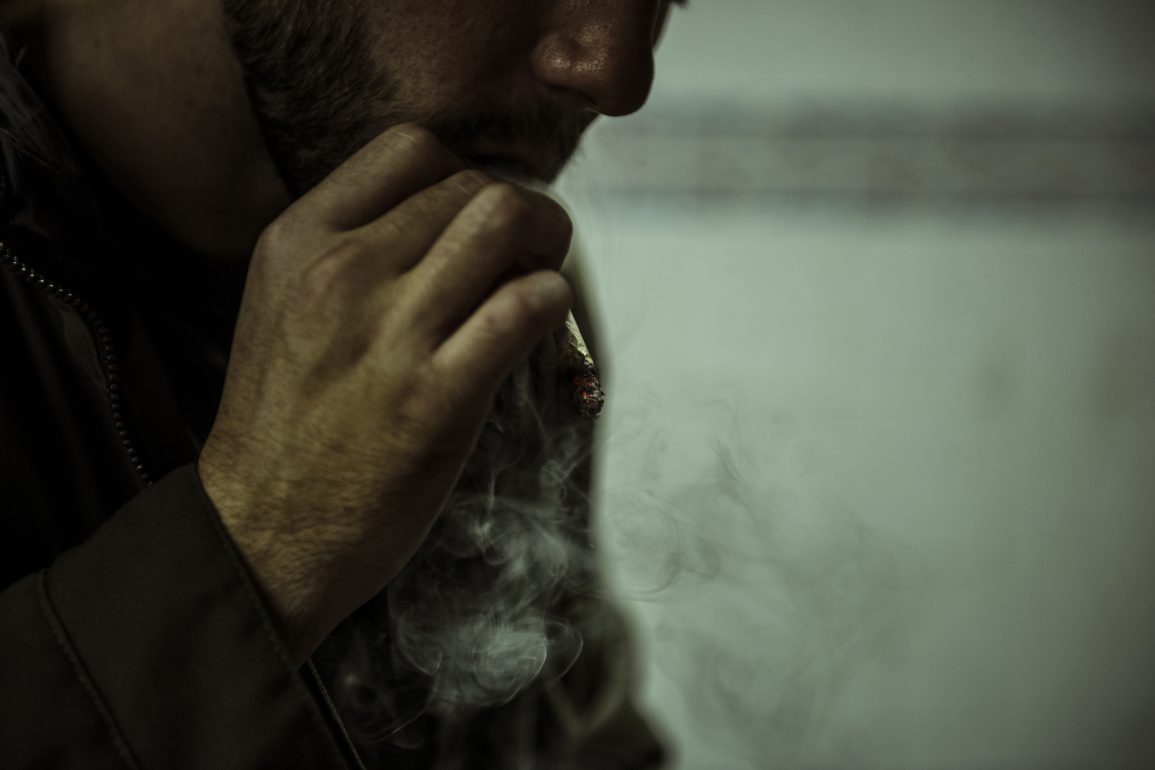 Cannabis chemists, export support and jail for joints: what’s going on with weed

One year ago — October 17 2020, if our baked brains remember correctly — New Zealand held a referendum on whether to chill out and let people smoke a little weed, or whether to act like total dicks about it.

The referendum was specifically asking voters if they wanted the proposed Cannabis Legalisation and Control Bill to become enacted as law. The bill/act / law would have given us a regulatory f ramework for the production, sale, purchase and consumption of non- medical cannabis in New Zealand.
It turned out Kiwis were a bunch of narks, with results showing 50.7 percent of voters voted against the bill. Of course, 48.4 percent were in favour, but it just wasn’t enough to get legalisation over the line. Meanwhile two thirds of Kiwis voted to bring in the End of Life Choice Act, meaning we gave people the right to kill themselves but not the right to make life enjoyable with a couple of cones every now again. Go figure.

We’ve ended up in a bit of a grey area regarding weed because it’s still illegal for most of us, though the cops aren’t prosecuting recreational users heavy- handedly, yet you can get a script for cannabis oil.

Clear as mud? It’s time In The Dogbox answered a few FAQs about what’s going on with weed right now.

I have pain and I need weed — is it true you can get a prescription?

Yup, and any doctor can prescribe CBD or THC oil to treat you — it doesn’t have to be the Cannabis Clinic. Once your prescription has been created, you can give it to any chemist dispensary (or fax it, or simply email a photo) and they will source your oil for you. Just so you know, the majority of chemists don’t always stock CBD or THC oil, so you may have to wait for them to get it delivered. Plus it’s expensive: $250-$280 for a bottle of 30-40ml of CBD oil, and $200ish for THC/ CBD oil (Canadian company Tilray seems have to have a near-monopoly, and the only other options are Sativex and SubDrops – also pricey, for now). Prices are also dependent on potency.

What are the legal rules around possession of weed for personal use, considering the cops have eased up but the Bill wasn’t voted in?

Community Law advises it will be rare for the police to bring a charge against you just for possession of a class C drug like cannabis if you haven’t committed any other offences at the same time as they are sniffing around you. Usually class C possession charges are brought in addition to other charges – so if you’re gonna be having a sesh in front of the Fuzz, don’t do any other crimes at the same time.

How come big companies can grow the shit but I can’t?

The Ministry of Health which controls licencing for medicinal cannabis growers. You can get a licence for one of these five options: cultivation, nursery, research, manufacturing or supply (there are licences to grow hemp too, but that’s not quite the same).

Apparently growing cannabis isn’t hard — it is keeping up with the standards known as GMP (Good Manufacturing Compliance) which makes it difficult to create the drug. Anyone wanting to capitalise on the need for weed must create GMP-compliant facilities, adhere to guidelines, go through inspections, and keep meticulous records. NZ treats all pharmaceutical medicines this stringently.

Currently there are about 40 medicinal cannabis operators in New Zealand with licenses to possess, grow, supply and research cannabis, but only one, Helius Therapeutics, has a licence to manufacture medicinal cannabis.

Are there any rules over the potency of recreational cannabis?

What? No. Potency rules?! I may have been high when I wrote that question.

You should know the police recognise marijuana (Cannabis sativa leaves and flowers), hash (dried resin) and THC oil as being forms of illegal cannabis if you possess them for recreational consumption. And you can’t claim what you’ve got is hemp unless is it dried seeds and stems.

There was talk about a Cannabis Regulatory Authority to license and authorise supply — what’s the dealio?

That doesn’t exist, because the referendum failed, but we do have a Medicinal Cannabis Agency. Those guys maintain weed quality standards.

Is anybody still getting convicted these days for possessing weed for personal consumption?

Yes, unfortunately there are jail terms and fines possible because the law is highly sceptical about people’s claims that they are not going to deal their personal stash to others, according to Community Law. You can be tried in front of a judge or jury, though, and defend yourself and prove you’re not dealing.

If I was self-medicating, using weed without a prescription, would I get in trouble with the 5-0?

Possibly, because the law allows you to prosecuted for having as little as one joint. However if you’re genuinely unwell, you could probably defend yourself in court with proof that you are unwell and that your medication brings benefits.

I heard one branch of the government is supporting weed research while other branches of government are penalising users. What the fuck?

Yup – several branches of government including the Ministry of Health, NZ Trade & Enterprise, Callaghan Innovation, Ministry for Primary Industries and MBIE have researched the good things cannabis can bring us. Meanwhile, the NZ Police, Ministry of Justice and Department of Corrections receive funding to penalise cannabis users. That’s democracy for ya.

Okay, so some businesses are underway growing huge amounts of cannabis on farms in all corners of the country, even though all but one are not licenced to manufacture it, and Kiwis can’t consume it without a prescription. What gives, man?

Simon Yarrow is Group Manager of AgriFood at Callaghan Innovation — a wing of the government which supports scientific research and development of pretty much anything that benefits NZ’s economy — even if that means supporting a frowned-upon product like cannabis.
Callaghan Innovation has been touring a Hemp and Cannabis Roadmap to encourage business to be creative with entering the industry and give these businesses all the compliance and licencing documentation they’ll need.

A few of the fascinating cannabis croppers making New Zealand a greener place:
• In Queenstown, Phytrac is growing cannabis and experimenting with using weed to soak up toxins from contaminated land
• In Marlborough, Puro is growing organic cannabis (led by a guy from Team New Zealand) to export to Australia
• In good ol’ Gisborne, the local polytech is delivering 20-week hemp growing courses at Eastern Institute of Technology
• We have a few hempcrete-built houses around the country, and plenty using hempcrete around the foundation piles. Haven’t heard of it? Hempcrete is concrete made from cannabis plants. It’s created from mulched hemp hurds (the woody inner parts of hemp stalks), water and a lime-based binder, mixed together to form a slurry which is then put into formwork. It dries quickly and over time the chemical reactions between the water, lime and hemp will petrify and turn the lime back into stone.