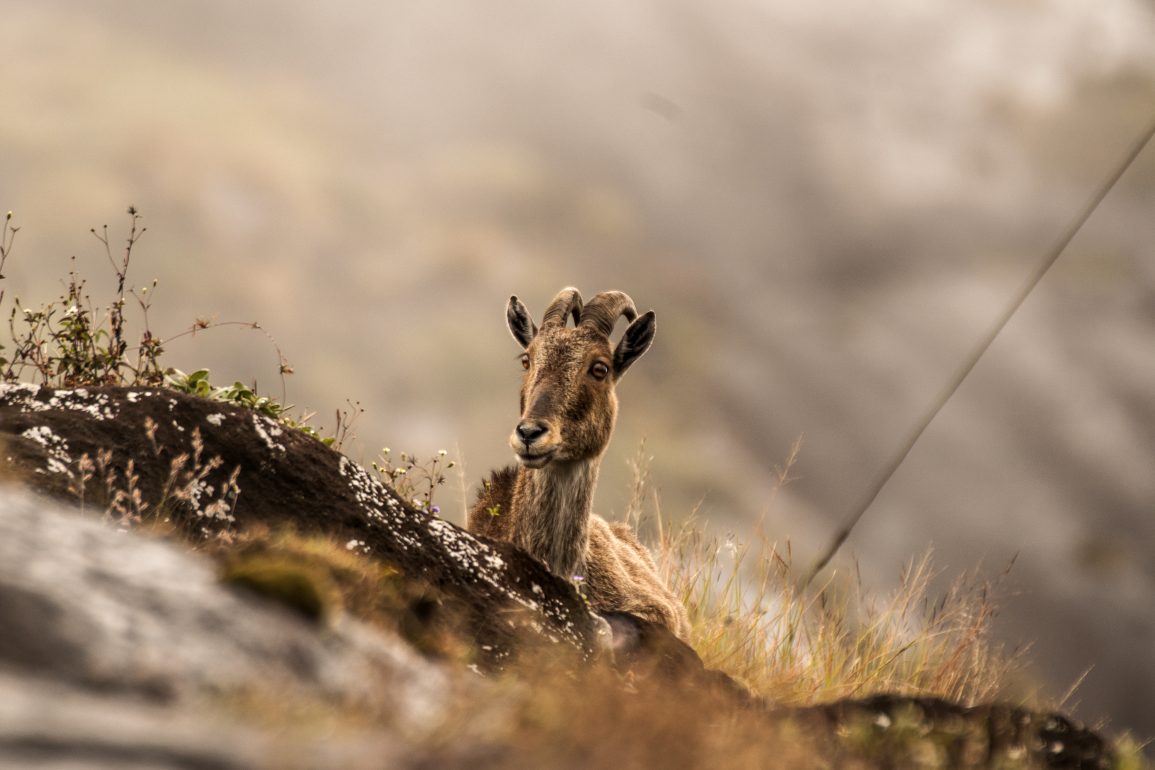 On Tuesday May 4, Bre O’Malley bagged her first bull tahr – a 7.5 year old mature Himalayan tahr with 12.5-inch horns which she shot from 350 metres on a mountaintop near Fox Glacier.

Bre also bagged a boy that day, as hunting guide, Gun City sales rep and The Hype of The Hunt owner Owen Trowbridge got down on one knee on the rocky, chilly peak and asked Bre to be his wife (she said Yes, FYI).

Owen shared the story exclusively with In The Dogbox.

As a professional hunting guide with a day job in sales for Gun City, Owen Trowbridge has, for the past five years, been living the dream while “Making guys’ dreams come true,” in his own words.

One ambition Owen hadn’t completed until April this year, though, was securing the girl of his dreams. Getting that achieved all came down to the luck of the draw: a Department of Conservation ballot issued early this year, giving a permit to land in the wilderness zone to hunt tahr (for those of us outside the South Island, tahr is an introduced Asian mountain goat with an impressive golden mane, decent horns and delicious meat).

Getting chosen on the ballot wasn’t easy, but things aligned and Owen began putting together a plan which was to begin on Saturday April 24.

Owen would helicopter into the Westland mountains for a seven day west coast tahr hunt, take some capes for the taxidermist, enjoy some fresh tahr steaks – and propose marriage to his partner, 19 year old Bre O’Malley.

The couple both work at Gun City’s Cranford Street Christchurch superstore today, and first got to know each other over Instagram, having discovered they’d both attended Reefton Area School.

“There’s a selective few. A lot of girls like to eat meat but don’t understand the killing of animals.”

After dating throughout 2019, Bre shot her first red stag in 2020 – a 12 pointer. “From there we’ve been slowly building up her gear so she could experience a West Coast hunting trip.”

“This required multiple trips to the shooting range, dialling in the rifles and getting as much practice as we could to take the shots.”

At the end of April, the couple began packing to hunt at Zora Creek, between Fox Glacier and Mt Cook, stowing away extra warm gear and anticipating the possibility of a minus-12 degree storm coming through.

When Saturday April 24 arrived, the couple flew from Fox into the mountains.

It took just 15 minutes in a chopper over the southern alps to arrive in the remote wilderness of Zora Creek. The couple had seven days ahead with only a Garmin inReach GPS satellite SOS device to contact the outside world.

First things first: Bre and Owen had to set up base camp, with an M.I.A. (Missing in Aotearoa) wool canvas tent with a fireplace in it.

Things were looking pretty serious for Bre – and she didn’t have a clue two of her life’s most memorable events were about to happen.

Once camp was set up it took three days of watching and waiting through binoculars before the first sighting of their mountaintop prey.

Tuesday April 27 would become a day significant in Bre and Owen’s lives. It began with spotting numerous bull tahr in the scrub above the forest near the mountain ridges.

Sighting the buggers after three days was hard enough. Getting to them and taking the shot would be even harder.

“After sighting them, we got into position four hours later. The bulls didn’t come out that day. We lined up on a nanny tahr – which Bre shot from 200 metres. We took the back steaks and back leg for meat. On the way back we were coming down towards camp, we were two and a half hours away from camp, crossing over the river. That was when I spotted one of the bulls.”

On top of it all, the autumn afternoon was getting dark, and Owen still had a secret plan he wanted to set up perfectly.

Late on Tuesday, high on the mountains, Bre prepared to bring a male to its knees.

Meanwhile another male was doing just that.

“I set up my rifle and Spartan tripod as our stand, using my Exo backpack as the rear rest. I got Bre to do a couple of dry fires. I ranged the bull at 350 metres and dialled in the Leupold VX5 scope. She aimed with crosshairs at the bull on the shoulder.”

The success or failure of the entire week all came down to Bre squeezing the trigger of her Sako 85 Carbonlight 300 WSM in the right way.

“She squeezed off the perfect shot. The bull was hit hard, ran for five metres before tumbling down the snow and into the monkey scrub. So now we’re debating if there’s time to get to it before dark. We worked out we’d be going back in the dark – no way we could go two hours, get the body and back to camp.

“Bre, though, really wanted to see it that night. So we got our gear and crossed back over the river.”

The challenges continued to mount. When Bre and Owen arrived at the location of the killshot, it took twenty minutes of searching to find the bastard – with the light fading all the while.

“I set up my cameras to video her coming in. I got her to take her backpack and gloves off. She walked to the bull. I was setting up to propose. She saw the bull for the first time, touched it, moved it around.”

While Bre was jostling her kill, Owen was jostling in his pocket and pulling out a diamond ring. On one knee in the rocks, Owen Trowbridge asked Bre O’Malley to marry him.

As Bre stood celebrating her two trophies, professional hunter Owen got ready for the final part of the mission – Owen had to ‘cape’ the tahr to be taxidermied – meaning cutting off its head just behind the shoulder, freeing the skin midway around the belly and taking a cape – 25 kilograms of meat and cape which the couple would have to carry for hours back down to camp.

“After we finished the caping it was 7pm and dark. We headed back down the hill towards camp. It was a lot harder to get back. We followed the same path down, a lot more difficult in the dark. Just before camp we had a hill called Shit Hill – a 45 minute slog every time you leave camp to get back over it.

“We made it back to camp, got the cape out, got changed into warm clothes, warm socks and shoes and the fire to heat up dinner – and enjoyed some tahr steak sandwiches.”

Finally, the couple used their satellite texting device to message the joyous news to their friends and whanau.

In The Dogbox wishes the couple many happy returns.